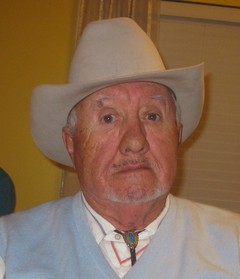 Our beloved Father, Grandfather, Great Grandfather & Uncle, John F. Manzanares, 85, passed away peacefully on August 6, 2017 in Salt Lake City. He was born on March 21, 1932 in Blanco, New Mexico to Ramon and Isabel Lopez Manzanares. Dad was the youngest of 8 children. Being the only son, he was taken care of by all of his sisters and mother. They made it a goal to show him at all times how much they truly loved him. After moving to Utah, he met, fell in love with and married Mary Doris Herrera. Together, they had 9 sons. Dad enjoyed camping, fishing, horse-back riding and any outdoor activity. He worked in the construction industry and retired from Tooele Army Depot after 24 years. Dad was a devoted catholic and truly believed in our Lord and Savior. He is survived by his 5 sons - Johnny R. (Ann), Kenny (Cecilia), Darrin (Mandy), Henry, Jeff (Mona); 15 grandchildren -  Anthony (Mindy), Micky, Richie, Lisa (Allan), Melissa (Victor), Angie, Rob, Brieanna (Kelly), James, Alysha, Veronica, Shyanne, Jeffrey, Quincey, Sophia; 18 great-grandchildren; brother-in-law, Ernaldo Herrera, sister-in-law, Rosie Paul, and many nephews and nieces. He was preceded in death by his beloved wife - Mary Doris; his parents; 4 sons - Baby Joseph, Joey, Larry “Chub”, Rudy; 2 grandsons - Kenneth Michael, Kelly Paul; 7 sisters - Della (Dan) Montoya, Molly (Fred) Anaya, Maggie (Abel) Sandoval, Eddie (Ray) Piῆo, Josie (Victor) Sandoval, Rose (Regino) Archuleta, Lucy (Jr.) Gonzales. Mass of Christian burial will be held on Monday, August 14, 2017 at 10 am at Our Lady of Lourdes Catholic Church: 2864 S. 9000 W. Magna. A viewing will be held at the church on Sunday, August 13, 2017 from 6-7 pm and the Holy Rosary will be recited at 7 pm. Interment: Valley View Memorial Park. Condolences: www.peelfuneralhome.com

To order memorial trees or send flowers to the family in memory of Juan Manzanares, please visit our flower store.