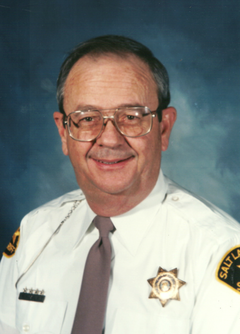 Born 25 Jan. 1938 to Glen L. and Mima Brand Buckner in Granger, Utah. Graduated from Cyprus High School. Married M. KluAnn Meadows 15 Jan. 1958. Retired from S.L. Co. Sheriff’s Office after 32 years of service. Keith was known as a "Jack of all trades" and was able to fix just about anything.

He was preceded in death by his daughter, Jesi Jan, parents, brothers; Lee, Paul, Del.

To order memorial trees or send flowers to the family in memory of Keith Buckner, please visit our flower store.