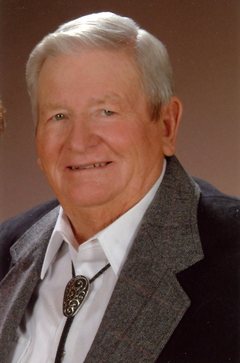 Tooele/Moroni, UT - Keith Sorensen passed away at home surrounded by his family October 17, 2017 in Tooele, Utah. He was born March 30, 1931 in Moroni, Utah to Niels Isaac and Thelma Marie Lyon Sorensen.

Keith graduated from Moroni High School where he played on the basketball team, played trumpet and baritone in the band, and sang high tenor in the quartet. After graduation Keith served 4 years in the United States Air Force during the Korean War. He married Lovina Lott in the Salt Lake LDS Temple. They had seven children and formed a family band known throughout Utah as “The Sorensen Internationals”.

Keith worked for many years with the Boy Scouts. He enjoyed fishing, hunting and taking his family camping in the mountains.

Keith worked as an Engineering Technician and after moving back to Moroni he worked at the Snow College Activities Center and drove a school bus for North Sanpete School District.

He was preceded in death by his parents; two sons, Alan and Elliott (Gina); grandsons, Craig and Ricky Jr.; brother, Darrell (Betty).

To order memorial trees or send flowers to the family in memory of Keith Sorensen, please visit our flower store.