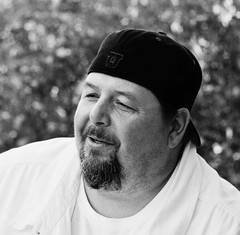 Kenneth Wayne Brock, 47 of Magna Ut, passed on Tuesday morning September 13, 2016 while at home of a Pulmonary Embolism. Wayne was born on March 17th, 1969 in Murray Ut, to Kenneth Ray and LaRay Olsen Brock. He graduated from Cyprus High School class of 1987. He loved to play sports. Wayne worked in Hawaii for the Youth Development Enterprise, as a supervisor over the youth. He also worked at the Utah Boys Ranch/ West Ridge Academy for seventeen years. Later Wayne worked at Vista Adolescent Treatment Center in Magna for five years. He loved working there and he had a love for youth which was evident. Wayne loved his Nephews and Nieces, and they loved hearing Uncle Wayne's stories. He was an avid outdoors adventurer and enjoyed taking pictures of his adventures.

To order memorial trees or send flowers to the family in memory of Kenneth Brock, please visit our flower store.