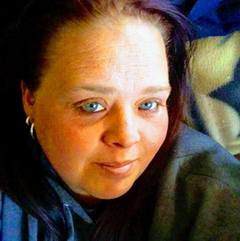 Keri passed away on Saturday Dec 10 2016. She was born on March 22nd 1985 to Steven George Davies and Brenda Jean Pead Davies. She Had one sister Melissa (Joe)Conlon. She had two Brothers Christopher (Brittany) Davies and Steven Davies. She had seven nieces and three nephews, several aunts, uncles, and cousins that loved her very much.

Her nieces and nephews were her the loves of her life. Upon her request no funeral will be held but there will be a viewing Tuesday December 20th at Peel Funeral Home. The address is 8525 west 2700 south in Magna Utah. Friends and family can visit and pay their respects from 6-8 PM.

We remember all the family get togethers she would hang out with us and tell jokes and listen to music. Mostly the chipmunks. She was an awesome Aunt and we will always love you.

We will miss you little sis. You were very kind hearted  and accepting of others. You had a stubborn way about you and could be a pain in the butt sometimes but you were always there to help if you could. We are very proud of the person you became. We will miss you smile and your laugh we love you and will miss you very much.

An innocent heart walking through this world

Our season was so short

Even though I want you to stay

I know you're going on to something great

Called up to the major leagues

A shiny set of angels wings

A warm embrace from our father

And an eternity of love and laughter

I don't want to have to say goodbye

So I'll just say…Till next time

To order memorial trees or send flowers to the family in memory of Keri Carter, please visit our flower store.