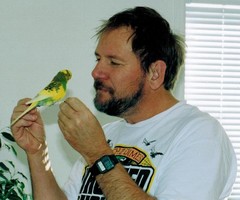 Kevin was born in Murray Utah. He served in the United States Army for 2 years. He completed an apprenticeship with the IUEC Local 38 Union and became a mechanic in the Elevator Industry.

If you wish to honor Kevin, the family asks you to donate to a charity of your choice in his name.

Funeral services will be 11am Saturday, October 18, 2014 at the Eastridge Ward, 1250 E 4800 S, Salt Lake City, Utah. Visitation will 10-10:45 am prior to services at the church. Graveside services will take place at the Fayette City Cemetery 3 pm on Saturday. Condolences: www.peelfuneralhome.com

To order memorial trees or send flowers to the family in memory of Kevin Milgate, please visit our flower store.