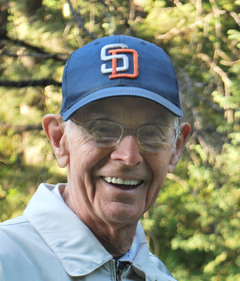 Our beloved husband, father, grandpa, and great grandpa, uncle and friend passed away peacefully early the morning of August 24, 2015 after a valiant struggle with Alzheimer’s.  Kurt was born May 28, 1926 in Vienna, Austria to Franz Eduard and Emma Anastasia Springer.  As a youth, he auditioned for the Vienna Boys Choir and was accepted, until it was realized that his voice was changing and he had asthma.  Alzheimer's stole his lifelong love of singing.  He loved hiking, skiing and exploring the Austrian Alps.  Dad was drafted into the German Army during the last year of World War II and spent the last six months of the war in an American POW camp.

A dear friend introduced Dad to The Church of Jesus Christ of Latter-day Saints and he was baptized in 1954.  Six years later, he met a no-nonsense, hard-working sister missionary from Granger, Utah - Ileen Brock.  She completed her mission and returned to Utah.  Knowing his love for her and realizing her love for him, returned to Austria six months later.  They married in Mirabell Castle in Salzburg on April 14, 1962 and were sealed two days later in the Swiss Temple.  Their first daughter was born in Salzburg and two months later, they moved to Granger, Utah to make their new home.  Five more children followed, and many years of laughter, traveling, sorrows and joys.

Dad spent many years working at Valley Bank then BancOne, from which he retired.  He spent many hours at home balancing the checkbook and pouring over numbers, which he enjoyed.  After joining the Church, he remained faithful and served in many capacities - Bishop, Bishopbric Counselor, Stake Clerk, Stake Sunday School President, M Men and Gleaners Leader (now known as Young Single Adults), Finanical Clerk in a Cambodian Branch, temple worker at the Jordan River Temple and surely one of few home teachers who never missed a single month.  He also served a Swiss Temple Mission with Ileen from 2001-2003.

He loved to visit Brighton, hike in the mountains, yodel, read to and play with his grandchildren, and loved to dance.  Dad and Mom were always the best dance couple on any dance floor.   He loved his hats, especially his SD (San Diego) hat, which he would proudly proclaim his South Dakota hat.  He loved treats, especially Kit Kats, and always carried a comb, Tic Tacs, paper and a pen.  He was quite the joker and loved to tell people he was from China - and people usually believed him with a questioning look!   Some had a hard time understanding him because of his accent, but loved him nonetheless.  We told him never to lose that accent, and he listened!  He tolerated mother’s love of sports and BYU football and basketball, and mother tolerated Dad’s love of chit-chat!  Dad always attended concerts, sporting events, plays and recitals of his children and grandchildren.  He was meticulous in whatever he did, from crunching numbers to taking the garbage out and from weeding to sweeping the sidewalks.  He wanted nothing more than to see his children and grandchildren remain faithful in the gospel.  He was a devoted husband, father, grandfather, great-grandfather and friend.

He is survived by his wife of 53 years, Ileen; children, Ellen (Mark) Fulton, Sylvia (Paul) Nelson, Roland (Genevieve), Garold (Tara), Marlow, Charlene (Jason) Johnson; 25 grandchildren and one great grandchild.  He was preceded in death by his parents and two brothers, Gerhard and Wilfried.  Special thanks to Legacy Village Memory Care staff for their tender compassion as they cared for Dad.

To order memorial trees or send flowers to the family in memory of Kurt Springer, please visit our flower store.