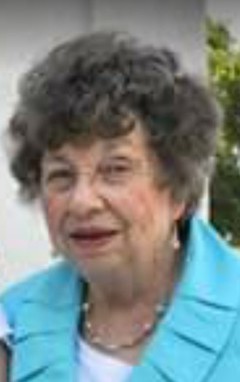 Lenett Ashby Winslow Cash our wife, mother, grandmother, and family rock passed away at her home in Magna, Utah on May 21, 2015 with her husband of 51 years at her side.

Lenett was born in Salt Lake City on March 10, 1934.  She was the ninth of ten children born to William Earl Ashby and Norien Evangeline Jarvis. She grew up in Sugarhouse and graduated from South High School.

She married Gerald Raymond Winslow on January 30, 1953 in the Salt Lake Temple. They had two children together Janet and Michael.  After Gerald passed way, Lenett later met Charles Lewis Cash and they were married February 8, 1964.  She immediately became the loving step-mom to Charles’s three children--Faith, Pete, and John.  Lenett and Charles had another three children together; James, Charity, and Charles Haywood.  A blended family was brought together to share many good years together.

In 1978, Lenett, her husband, and the youngest children moved to Elko, NV.  They remained in Elko, NV for 20 years until they moved to Magna, UT to be closer to her family and grandchildren.

Lenett was first and foremost a mother and homemaker.  She not only raised her blended family but affected the lives of many children in both Utah and Nevada.  A faithful member of the LDS church, Lenett served in many church callings that directly served children.  She led the nursery class and was an exceptional Cub Scout, Webelos, and Blazer leader where she helped many young boys achieve their goals in the scouting program.

But the 8 children Lenett had with her husbands was not enough.  She opened her home to multiple foster children while living in Elko, NV.  She and her husband took in children both on emergency and long term basis. She loved, taught them, and treated them like her own.  Two of these children, Crystal and Marguerita Golden, stayed with the family from their very young years until they were adopted by another loving family nearly 5 years later and have always been included as part of the family.

Lenett also opened a day care and took care of many neighborhood children.  Always loving them as if they were her own children and teaching them the values she espoused in her daily life.  The influence she will have had on the lives of numerous children may never be quantified.

She was one of the most loving, charitable, forgiving, and non-judgmental people on this earth.  She was always willing to help, give, and share her home to anyone.  This was especially evident if anyone saw her provide care and love to her husband every single day.  She provided this care to her husband with little complaint up until the day of her death.  She instilled these qualities in her own children and everyone who had the opportunity to have known her.

Lenett was also a member of the Daughters of the Utah Pioneers as the Ashby family was some of the originally arriving families in the Salt Lake Valley. Lenett also dedicated much of her later years to the Magna Senior Center and was a frequent volunteer in the senior program. She also spent many days volunteering as Temple Worker at the Salt Lake City Temple.  She loved genealogy and toiled tireless on her personal family history and passed that love of genealogy onto many of her children.

To order memorial trees or send flowers to the family in memory of Lenett Cash, please visit our flower store.