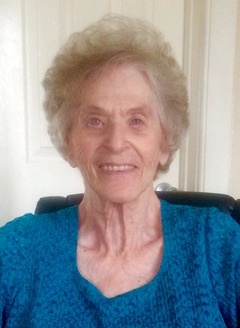 Lola spent her life working hard serving her family and living faithfully in the LDS church. She was talented at playing the Cello, piano and organ. She enjoyed making afghans, collecting beautiful things, and making sure her family remembered the two C’s, “Choice & Consequence”. She had a beautiful smile and gave wonderful hugs.

A viewing will be held from 10:30 – 11:30 on Monday April 13, 2015 at the LDS Stake Center located at 3495 W. 4850 S., Taylorsville, followed by graveside service & interment at Utah Veterans Cemetery, Bluffdale. Online condolences: www.peelfuneralhome.com

To order memorial trees or send flowers to the family in memory of Lola Sayer, please visit our flower store.