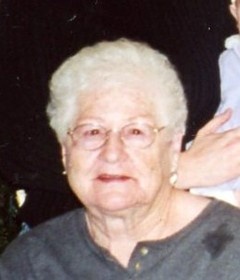 Our mother, Marian passed away January 29, 2018 at home, surrounded by family.   She was born   to Andrew M. and Ethel E. Mortensen on September 8, 1926, in Murray, Utah.  She married David R. Winn in January 1947.  Together they raised six sons-Raymond, Thomas (deceased), Jack, Craig, Steven and Randy, and two daughters, Tamra and Danette.

Marian is also survived by a brother Richard (Veda) Mortensen, and many grandchildren and great-grandchildren.  She is preceded in death by her parents, one son, two brothers and three sisters.

To order memorial trees or send flowers to the family in memory of Marian Winn, please visit our flower store.