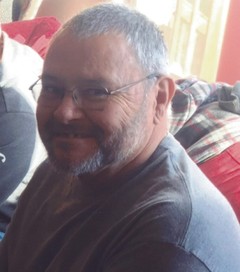 Peter loved hunting, spending time with his family, and going to car shows as well as restoring old cars. Peter was born on October 29th, 1951 in Salt Lake City, Utah to Grant and Vauna Peterson. He graduated from Cyprus High School in 1970 and attended Salt Lake Community College to receive an associate’s degree for welding. He went on to work at the Kennecott refinery for 31 years and at the Salt Lake County Jail for 10+ years in the Maintenance Department. A graveside ceremony is scheduled for Wednesday, September 27th at 10:30am at the Pleasant Green Cemetery (9200 W 3500 S, Magna, UT 84044). Luncheon to follow at the Webster Center (8952 W Magna Main St, Magna, UT 84044).

We would like to thank Peter’s lifelong friends for always being there for him.

Rest in peace, Peter. We love you.

To order memorial trees or send flowers to the family in memory of Michael Peterson, please visit our flower store.