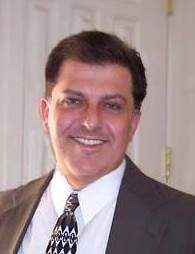 Our dear husband, father, son, brother and friend, Michael Graham Shirra passed away Thursday, September 24, 2017 at his home in Mesa, Arizona at the age of 50.


He was born in Ogden, Utah and attended Weber County schools including Weber State University where he received a Bachelor of Communications and an MBA Degree from Western International University in Phoenix. He worked as Marketing Director for companies in Arizona and Utah. He was an Elder in the Church of Jesus Christ of Latter Day Saints.

Mike had a wonderful artistic side. He played the ukulele as a youth and later played the bass guitar in his neighborhood band. He had a beautiful voice and performed in the roll of Winthrop Paroo in a production of The Music Man at Weber State University. Later in his life he took up wood carving where he made a beloved Indian statue that will forever be treasured by his family.

Our hearts are broken but our spirits are hopeful. We love you forever, a bushel and a peck with a hug around the neck. Until we meet again.

To order memorial trees or send flowers to the family in memory of Michael Shirra, please visit our flower store.