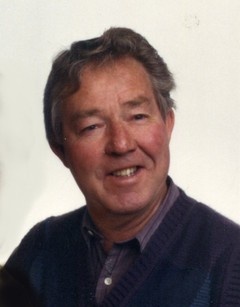 Mickey passed away on October 27, 2015.   He was born November 12, 1923 in Garfield, Utah to Charles Spence and Inez Anderson Bailey.  He was raised in a loving home with 4 brothers and 5 sisters.  He grew up during the depression and often said they had nothing but had it all.  Mick graduated from Cyprus High School and then served in the Navy during WWII spending 38 months in the Pacific on the island of Kwajalein.  After the war he worked for Kennecott Copper and attended the University of Utah. During this time he met his sweetheart Anne Disera and they were married May 10, 1947 in Magna, Utah.  In 1950 they built a home in Magna where they happily raised their four children and has remained there his entire life.  Anne passed away in 1999 after 52 years of marriage

Mick served his community in many ways.  He was president of Local 692 for 28 years.  He also was secretary of the Community Recreation Association keeping Little League and Babe Ruth programs strong.  He served as a trustee for Magna Water District for 18 years.

Dad especially loved spending time with family and always looked forward to Friday nights when his sons and a few friends would gather at his house.

A special thanks to his daily caretakers who came to his home the last two years, Angie, Mikell and Diane.

To order memorial trees or send flowers to the family in memory of Mickey Bailey, please visit our flower store.