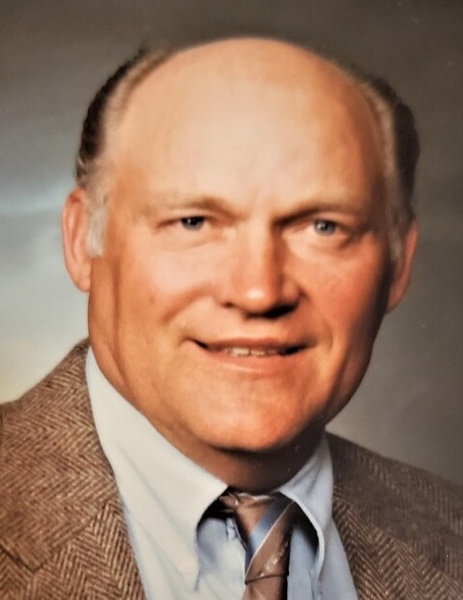 Our wonderful Husband, Father and Grandfather, Ned Alan Woodward, 79, passed away on October 6, 2020 at his home in West Valley City, Utah after a long battle of NBIA (Neurologic Brain Disorder with Iron Accumulation) surrounded by his loved ones.

Ned was born on July 29, 1941 in Salt Lake City, Utah to Albert Vern Woodward and Florence Lurleen Henwood.  He graduated from Cyprus High School in 1959, and thereafter entered the Air Force for four years.  During his time stationed in New Jersey, he married the love of his life, Barbara Snell.  They were married on June 22, 1963 at McGuire Air Force Base in New Jersey.  While in the Air Force, Ned trained as a diesel mechanic and worked at Caterpillar, Kennicott Copper Mine, and retired from the City of West Valley working in the Public Works Department, where he worked for approximately 20 years.  He loved working with the firemen and was proud to keep the firetrucks and snow removal equipment running smoothly.

Ned loved hunting, fishing, boating, and camping with family and friends.  He always looked forward to watching Utah Jazz Games and University of Utah football games.  He also loved his family with all his heart and would do anything for them.  He adored all his grandchildren and great grandchildren who brought him great joy.

He is survived by his wife Barbara Snell Woodward, his children Mary (Richard) Stevens and David Woodward, his grandchildren Joshua (Christie) Stevens, Michael (Meg) Stevens, Sierra (Collin) Austad, Caitlyn (Ryan) Krage, and Madison (Jacob) Nugent, and his great grandchildren Rebekkah, Calvin, Ryan, Lilly, Evelyn, Holden, and Bridger.  He is also survived by his sister Gail (Larry) Turman.  He was preceded in death by his parents and sister Verna Rolfe.

Those attending are asked to wear a mask and be respectful and adhere to social distancing guidelines.  Those attending the Graveside Service may wish to bring an outdoor chair or blanket to sit on.  Limited seating will be available for older or disabled guests.

A special thank you to all the caregivers at the V.A. and Active Home Health and Hospice (Nikki, Merina, Monica, Michelle and Sarah) for the care, comfort, and love they provided for Ned.

To order memorial trees or send flowers to the family in memory of Ned Woodward, please visit our flower store.