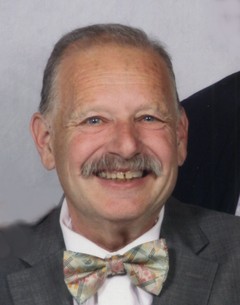 Norman Scot Stoddard was born on May 16, 1956 in Billings, Montana.  He was the seventh child of Joel Claire Stoddard and Lola Jean Prindle Stoddard.  When he was four years of age his family moved to San Diego, California where his father worked for the Border Patrol.  He attended and graduated from Castle Park High School.

Scot served a two year mission for The Church of Jesus Christ of Latter- Day Saints in the California Oakland Mission.  After his mission he attended college in San Diego.

In 1979 he visited his grandparents in Billings, Montana where he attended Young Adult activities and met his future wife, Marianne Jolley.  They were married in the Idaho Falls Temple on August 17, 1979.  As newlyweds the couple resided in Provo, Utah where Marianne attended Brigham Young University.  Twin sons, Daniel Scot  and Alan Joel were born to the family in Provo.  A third son, David Randall, was born in San Diego.

Scot spent most of his adult life serving others.  He most recently worked for Granite School District as a job coach helping to transition students with disabilities from school and into the work force.  He served in many church callings including the scouting program with his sons.

He is greatly loved and missed.

To order memorial trees or send flowers to the family in memory of Norman Stoddard, please visit our flower store.