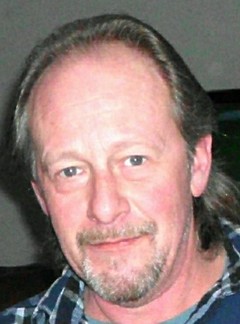 PETER ALBERT BOYCE, 51, passed away peacefully on Thursday evening, October 5, 2017, with his loved ones by his side. Peter was born on February 4, 1966, in Salt Lake City, Utah, to Sheila D. Shackleton Boyce and Peter Fredrick Boyce. He was the second of three children and was a shy, but talented boy. Peter attended Kennedy Junior High and graduated from Kearns High school in 1984. Peter excelled in sports, most particularly in Football (a.k.a. Soccer) where he achieved numerous awards and recognitions for his form and skill, as well as his ability to be an outstanding leader. Peter was an amazing player in the beautiful game and was an avid Footy Fan who spent the weekends watching games from the EPL. He was a supporter of Arsenal FC, although I still don’t understand why (LFC-YNWA)! Peter was a thoughtful and skilled tradesman, carpenter and handyman whose work with tile, flooring, wood, sheetrock and paint was always done following the advice he received from his father, “Do it right the first time and you won’t have to do it again,” and “Measure twice, cut once.” Peter had a gentle nature and loved the outdoors. He enjoyed hunting, fishing and camping.

Peter was the proud father of two children, Landon Peter, 26 and Gabrielle Sidney, 23.  Peter loved his children with all his heart. Peter was surrounded by several nieces and nephews that he loved and adored. They will miss their “Muncle” Peter.

Peter is survived by his loving mother, Sheila; sister Jackie (Bob) Kennington; brother Stephen (Nicki) Boyce; his son and daughter; his nieces and nephews, Aunts, Uncles and cousins.  Peter was preceded in death by and welcomed home with open arms by his dad, Pete, and his grandparents, who have been waiting patiently for his arrival.  What a game of Footy there must be in Heaven right now! You are at peace now, Peter. You are Free!

A memorial will be held for family and friends at Peel Funeral Home, 8525 W. 2700 S., Magna, UT . Date and time will be posted shortly on the Peel Funeral Home website as soon as details are available. ( http://www.peelfuneralhome.com ) You may also personal message Nina Colledge or Stephen Boyce on Facebook for details. Please take a moment to honor Peter by sharing a favorite memory of him on the Salt Lake Tribune or the Peel website. A warm Thank You for the compassionate care that Peter received from the nurses, physicians and the other care providers at the University of Utah Medical ICU.

To order memorial trees or send flowers to the family in memory of Peter Boyce, please visit our flower store.