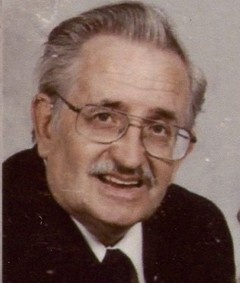 Ray R. Memmott age 77, was born January 15, 1940 in Brigham City, Utah and was adopted by Ivan Robison Memmott and Euroka Robinson.  Ray died on Sunday, October 29,2017 surrounded by family and friends in the home of his daughter in Kearns, Utah.  Ray had been sick for a while fighting esophageal cancer and pneumonia which was brought on by the cancer.  Ray was a long time resident of Magna, Utah and attended Webster Elementary, Brockbank Jr. High and Cyprus High School.  In 1961 to 1963 Ray served an L.D.S. Mission in the Northern California Mission.   After his mission, Ray met and married the love of his life, Kathleen “Kathy” Lena Rees on Friday, December 13, 1963 in the Salt Lake Temple.  Ray worked for many years at Kennecott Copper now known as Rio Tinto, where he retired.  Ray was a proud and active union member where he was a member of the United Steelworkers of America.  Ray was a very patriotic man and held dear to his heart the privilege of being able to vote.  Ray and Kathy served for many years as election judges and encouraged everyone they knew to vote.  One of the very last things that Ray did was to fill out his mail in ballot for this current general election.  Ray loved all of his Facebook friends and enjoyed being able to talk to them and sometimes even debate his views with anyone who wanted to debate with him.  One of the first things Ray did when he got to his daughter’s home was to go onto his Facebook page and tell all of his Facebook friends “goodbye”.  After saying his “goodbyes,”  Ray was able to watch one of his favorite T.V. shows, “The Andy Griffith Show”, with some of his grandchildren.  The family would like to thank the staff at Intermountain Medical Center’s Respiratory ICU for all of the kind and loving care that they gave to dad during the 17 days he spent there. We know that Ray had a joyous reunion with his wife Kathy, his parents Ivan and Euroka, and his two grandchildren, Gavin Memmott and Brandon Christen who preceded him in death.  Ray is survived by his 7 children; Annette (Dan) Shrewsbury, Mark Memmott, Lorinda “Larri” Annessa (Matt) McCormick, Craig (Peggy) Memmott, Dennis (Becky) Memmott, Suzanne Annetta (Sheldon) Brimhall and Paul Memmott; 27 grandchildren and 7 great grandchildren

To order memorial trees or send flowers to the family in memory of Ray Memmott, please visit our flower store.