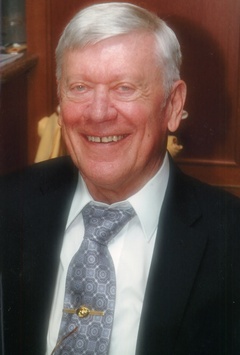 Our beloved father, grandfather, brother, and friend, Richard Ashley Bartlett, enduring with his sense of humor to the end, passed away August 2, 2016. Born August 24, 1938 in Price, UT to June and Lena Frandsen Bartlett. Bart married Joyce Nordquist September 14, 1956, nearly 60 years; she passed away June 24, 2016. He retired from the Kennecott Power Plant, served as business manager for IBEW Local 1438, and spent 20 years with the Salt Lake County Search & Rescue where he held many positions including Commander. Bart was a long time member of the Delton Bowling Leagues and Copper Golf Club, and worked for the Copper Club after retirement for many years. He was a tremendous caregiver to his mother, mother-in-law, sisters-in-law, nieces and nephew, his girls, and his grandchildren. Selfless with his time, he was always willing to give a helping hand to anyone in need. He loved spending time at the cabin with his family.

A special thanks to Hearts for Hospice, Rachel, Martha, Sara, Joey, Bryce, Jenica, and Skyler and the Brookdale 4 th floor staff for their love and care of both Joyce and Bart.

To order memorial trees or send flowers to the family in memory of Richard "Bart" Bartlett, please visit our flower store.