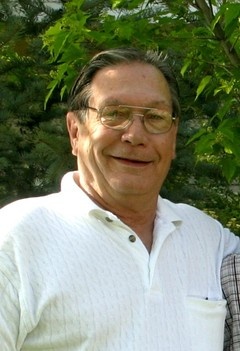 Beloved husband, father, uncle and grandfather passed away January 10 th , 2016 in his home at the age of 68. Born to William R. and Afton D. Heck in Salt Lake City, Utah. He was the third son in a family of three boys and one girl.

Bob attended Granite High School and at the age of 18 he enlisted in the United States Air Force. He served his country proudly for four years during the Vietnam War and was stationed at the US Air Force base on Guam. His duties as a loadmaster allowed him the opportunity to fly in some of the largest aircraft of the time, which cemented his love of flying. A love which carried on throughout his lifetime. During one of his wartime flights, the crew came upon a sinking fishing boat with two fisherman in trouble. Bob jumped in and recued the two men, for which he received a commendation. His love of flying eventually led him to study for and receive his pilot’s license. He continued to improve his skills, receiving several certifications for different aircraft which culminated in his certification for multi-engine planes. He started working toward his helicopter license but stopped because, as he said, ‘Helicopters want to flip over and fall out of the sky.’

After returning from his military service in 1969 he married Connie Moeller. They had two sons, Brandon and Steven. During their life together Bob worked for security at Kennecott Copper Mine and later became a jailer for Salt Lake County. Bob then found his true calling as a Master Machinist – a trade at which he worked for the rest of his life. He and his first wife parted ways in 1978 and she passed away in1994. After several years he found a lovely woman with whom to share his later life and married Connie Rosario in 2005.

Bob had a great heart and a contagious laugh. He loved golfing and would go out with his father and brothers whenever he could. He also could often be found in front of his TV watching football and was a fan of the San Francisco 49ers until they tanked, when switched his allegiance to the Denver Broncos.

Bob was preceded in death by his first wife, Connie Moeller, his mother, Afton, his father, William, his brother, Gary and his son, Brandon.

Bob was greatly loved and will be extremely missed. He is survived by his wife Connie, son Steve, grandsons Casey, Fisher, and Skyler Heck, his brother Ronald and his sister, Arlene Heck.

A memorial service with color guard and a post service luncheon will be held at Discovery Christian Community Church, 5929 South 900 East, Murray, UT on January 23rd at 10:30 a.m.

To order memorial trees or send flowers to the family in memory of Robert Heck, please visit our flower store.