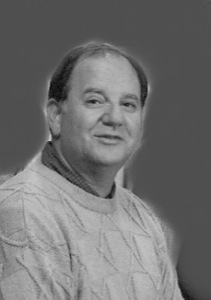 Robert Louis Schreck Jr. passed away peacefully Thursday May 15, 2014 from complications with diabetes. He was born April 24, 1946 to Robert L. Schreck and Angie Silva.  He attended Birmingham High School in Van Nuys, California and received his degree at California State University, Northridge.  He married Janet K. Barton on February 10, 1973 in Salt Lake City and they raised four boys in Magna, Utah; they were later divorced. Bob spent several years at Associated Business Products and had great friends there who shared his passion for golf.  Playing golf, watching the major tournaments, and replacing the grips on his golf clubs at home, were his favorite hobbies.  He and his sons could be found often at the Copper Club in Magna, and they enjoyed taking a few golf trips across the country. Bob is survived by his former wife, Janet; a sister, Roxanne L. (Don) Hooper; a brother, Radford B. (Michele) Schreck; nieces, Alyssa (Ryan) Law and Laura (Jeremy) Leader; sons, Brad (Julie); Blake (Codi); Clint (Abby), and Kyle. He adored his three grandchildren, Lucy, Everett and Hudson and was anxiously awaiting the arrival of a new grandson that was due in July.  Preceded  in death by his parents.

A viewing will be held for family and friends at Peel Funeral Home, 8525 West 2700 South, Magna on Tuesday, May 20 th from 6:00 until 7:30 pm. Private interment. Online condolences: www.peelfuneralhome.com

To order memorial trees or send flowers to the family in memory of Robert Schreck Jr, please visit our flower store.