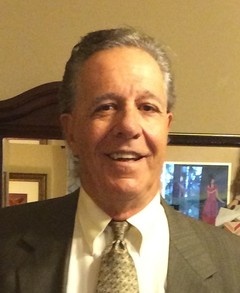 Dad’s joy in life was his wife & spending all of his time with her. They took so much pride in their home & garden. They traveled often, there was never a dull moment. He was a smart successful man, he was a math teacher at SL Community College for most of his career, and he also worked at JC Penney as a suit salesman for 7 years while still working at the college. He was the smartest person we knew when it came to math!

He will be forever missed but he will never be forgotten.

May our beloved husband, father, grandpa, great grandpa, brother and friend be at rest. This man was a Soldier & this man is our hero!

He was also survived by his brother, Stanley Levinson and sister, Joann Thomas (Jim) as well as many other cousins.

He is preceded in death by his parents, Reuben Jack Levinson, Yetta Levinson, grandma

To order memorial trees or send flowers to the family in memory of Ronald Levinson, please visit our flower store.