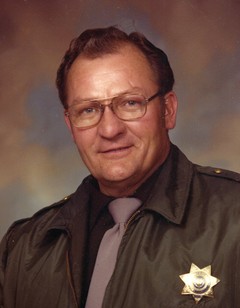 Our beloved father, grandfather, brother and friend, Ronald Zeldon Wall passed away suddenly on August 7, 2015 at his home in Magna. Ron was born October 5, 1935 in Salt Lake City to Zeldon Stoker and Signa Elizabeth Johanson Wall. He married Shiela Moore November 16, 1966; she died March 8, 2015 just 5 months earlier. Ron truly enjoyed time spent at their family cabin, trips to Wendover, the Oregon Coast, and cruising the Carribean. He was always willing to help anyone in need. But most of all, he loved his grandkids and great grandkids and supporting them in all their endeavors. Ron worked 10 years for Kennecott Copper before spending 30 years as a deputy with the Salt Lake County Sheriff’s Office. He served with the Salt Lake County Urban Search & Rescue logistics team and was deployed to New York after 9-11. He also served many years as the president of the Community Recreation Association, and many years on the Magna Community Council. He is survived by son, Shawn (Rikki); daughter, Lisa (Roger) Westover; grandchildren, Shad, Shalynn, Jordan, Trevor, and Alexis; great grandchildren, Brinlee, Becca, and Dallas; sister, Barbara Bouck; and brother, Gary (Karen). He was preceded in death by his wife; parents; and brother, Robert.

To order memorial trees or send flowers to the family in memory of Ronald Wall, please visit our flower store.