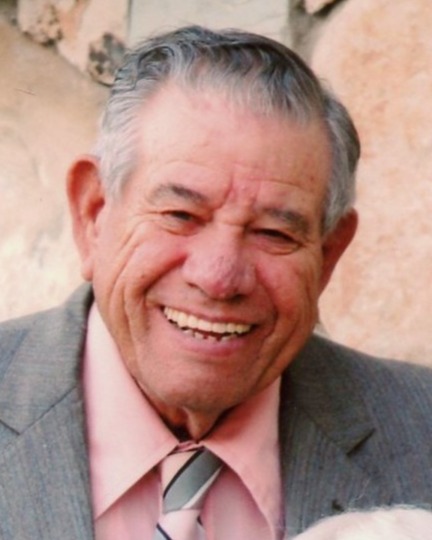 Ross was born in Panguitch, UT on December 7th, 1933, to Mary and James Dickinson. Their family moved to Salt Lake City in 1941.

He was very proud of his profession as a bus driver for Louis Brothers, Trailways, Greyhound, Lee Bus, and Donna's Tours. As he was safely transporting people from one destination to another and while he had a captive audience, he would share his amazingly unlimited amount of jokes. He was acknowledged in the Trailways newsletter, Going Places, as a comedian who took his show on the road.  He achieved 40 years of safe driving, driving well over three million miles, visiting 42 states and Canada, completing his final run on 9/5/2008.

He loved tinkering, boating, camping and deer hunting but his greatest love was fishing.

He and Jean moved to Summit Care Center for their final years, where they were lovingly known as Ross the Boss and Mean Jean.  He enjoyed playing Bingo on Monday's, Uno with friends on Tuesday's, going to Jim's for breakfast Wednesday mornings and attending church in the evening, playing chess with Steve on Thursday's.  He would try to execute his 4 move checkmate on all of his competitors.

To order memorial trees or send flowers to the family in memory of Merlin Ross Dickinson, please visit our flower store.