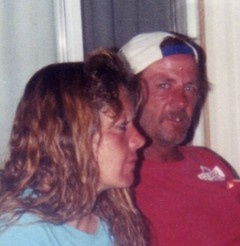 Wayne was born November 29, 1952 French Camp, California to Russell King and Donna Jean Allen Steele. He passed away August 28, 2014 at home while providing service for others.

Wayne was always a hard worker and had traveled with the touring circus. For the past 15 years Wayne worked as a flagger with Chatfield Construction. He was a family man and loved them very much. Your memory will live on.

In lieu of flowers the family is asking for donations for funeral expenses.

To order memorial trees or send flowers to the family in memory of Russell Steele, please visit our flower store.