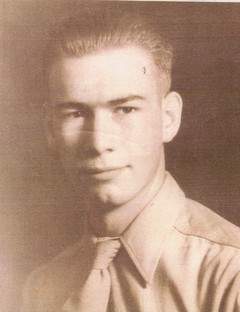 If you are reading this, Sam has taken off for his 36 th mission on May 13, 2016 at the age of 91. Sam was born April 9, 1925. He was the youngest son of Sam and Arabelle Wyrouck. They lived on a beautiful ranch in the mountains of Montana, where they raised cattle and horses. The family moved to Butte when Sam was 5 years old.

Sam joined the Army Air Corp when he was 17, after he graduated from Butte High School. He reported to duty a Kearns, UT in June 1943. Sam was enrolled in the aviation cadet training program, where he learned to fly an airplane before he could drive a car. He was later transferred to Logan, UT to continue his training. I was in Logan where he met a young army nurse cadet, Eloise Matkin, at the roller skating rink where they skated the night away. Sam and Eloise corresponded during WWII. After the war, they married in Swan Lake, Idaho on August 11, 1946; their marriage was later solemnized in the Logan LDS Temple in 1948. They were married for 69 years.

Sam was constantly serving others and was an example to everyone how a great man should act. In fact, he cared for his sweetheart, Eloise until her passing earlier this year. Sam was a lover of life and people, and her touched the lives of all those around him with his kindness. He was generous to a fault, and was always ready with a kind word or a helping hand. He was a man of his word and exemplified integrity each day of his life. He had quick subtle wit and was always a gentleman. His warmth and gentleness will be greatly missed.

We would like to thank everyone for the incredible outpouring of love and support at this time, and to the many loyal readers of Sam’s memoirs printed in the Senior Sampler in Washington County, UT. In lieu of flowers, donations are welcome to the Cystic Fibrosis Foundation.

To order memorial trees or send flowers to the family in memory of Samuel Wyrouck, please visit our flower store.