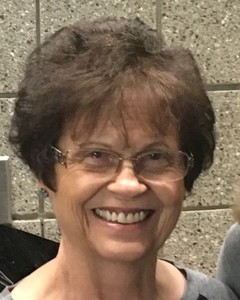 Magna, Utah : Sanna Jane Black Bird age 78, an elect lady of the Lord, passed away Saturday, August 13, 2016, after suffering complications from a lingering liver disease.  She was born November 17, 1937 in Richfield, Utah, to Herman and Jane Black.  Raised in the beautiful valley of Antimony, Utah, along with her identical twin sister, Anna Joan.  She went to elementry school in Antimony until going on to Piute High school. She then attended College of Southern Utah in Cedar City, where she met her eternal sweetheart, Tom Bird. They were married April 27, 1961, in the Salt Lake Temple.

She and Tom enjoyed 55 years of marriage and brought three wonderful daughters into the world.  Her greatest joys in life (aside from shopping) came from her family, with her eight grandchildren and two great-grandchildren as the highlight. She was commonly referred to as the “Professional Grandma” by her family and those who knew her well. She was loved by everyone, because she loved everyone. Words cannot express the kindness and sweetness of this woman whose radiating and beautiful smile was the window into her majestic and magnetic personality.

She was giving of her time and talents and loved serving in the church, holding various callings in the Relief Society, Primary, and Young Women programs. But her three favorite callings in her life were primary pianist, ordinance worker as a sealing floor coordinator in the Oquirrh Mountain Temple, and mission mother to 469 wonderful missionaries in the Oklahoma Tulsa Mission from 1983-1986.

To order memorial trees or send flowers to the family in memory of Sanna Bird, please visit our flower store.