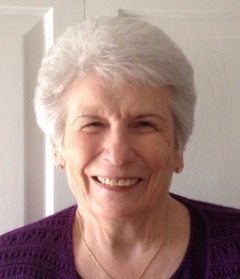 She was born May 23, 1942 in Salt Lake City, Utah to Stanley Sizemore and Nola Mecham.  She married Melvin Dority in 1962 and later divorced.  She was the devoted mother of two sons, Kim and Darrin Dority.

Sharon will be fondly remembered by all who knew her.  She was a good friend to many and absolutely devoted to her family.  She cherished her membership in the LDS church and at the time of her death was a member of the Parkway 1 st Ward in South Jordan.  She worked at JC Penneys and retired in 2009 after over 20 years of employment.

Sharon loved to share her wonderful memories of growing up in Magna.  She absolutely loved her childhood spent there with her family, extended family, and friends.  In her younger years, Sharon enjoyed to barrel race with her favorite horse and play softball.  She had an adventurous and athletic spirit. Sharon enjoyed the outdoors and the many camping trips she shared with her family and during her many years serving in the LDS Young Women’s organization. She loved her two sons with all her heart and there wasn’t anything she wouldn’t do for them.  She supported them in their every dream.  She spent countless hours watching them play their sports and shagging balls for them. She was so proud of them when they went on their missions even though she missed them terribly.  We fondly remember all the times she would stand in long lines to get her wristband to buy Reba McIntire and Brooks & Dunn concert tickets when they would come in concert each year.  Sharon’s cleaning skills were epic and we would often joke with her that her mission in heaven will be to keep things clean.  Recently she started playing piano again and took weekly organ lessons with her beloved sister Shauna.  She filled the house with joyous music.  This was such a comfort to her.  Despite the many trials and hardships she endured during her life and especially during these last few months, her thoughts were always for her family and friends and for her happier times. Her heart was filled with the spirit of service and many benefitted from her kind deeds.  Sharon had such a feisty and independent spirit and she really didn’t want people to fuss over her.  We will so miss that glint in her eye that said some kind of mischief was coming next! Her laugh was contagious and her spirit joyous.  She will be so greatly missed!

Survived by her sons, Kim (Stacey) Dority and Darrin (Jamie) Dority; her grandchildren Kyle (Becca) Dority, Wade Dority, Bryan Dority, Jason Dority, Jenna Dority, Emily Dority and her precious great granddaughter, Brynlee Dority.  Sharon is also survived by her loving sister Shauna (Robert) Millet and brother Keith (Marilyn) Sizemore as well as many other family members and friends who she loves so dearly.  Preceded in death by her parents, Stan and Nola Sizemore, and many extended family members and her beloved Aunt Madalyn.  She is truly having a joyous reunion with so many loved ones on the other side of the veil.

The family wishes to express their heartfelt thanks to the staff at Quality Hospice, especially to her nurse Becky.

To order memorial trees or send flowers to the family in memory of Sharon Dority, please visit our flower store.