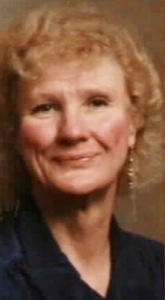 Sherry passed away on the morning of Mar. 25, 2014. Sherry was born April 24, 1941 in Salt Lake City to Rollo S. Romrell, and Amelia Newman Romrell. She grew up in the towns of Garfield and Magna Utah, and graduated from Cyprus High School in 1959. She worked at various times as a lifeguard at the local recreational swimming pools. Sherry attended the old Ricks College and in 1963 went on an LDS mission to Samoa. Sherry also attended the Church College of Hawaii.

Sharon married Klaus Dieter Staufenbeil Dec. 12, 1969, later separated.  She loved children and enjoyed working in the nursery and primary. She had a great testimony and loved her family and friends very much. Sherry spoke several of the Polynesian languages and made many friends through her use of the language.

Sharon is preceded in death by her mother, father, and older sister, Pat Hodge. She is survived by her siblings, David Romrell, Lee Romrell (Martha), Ronn Romrell (Lynne), Ken Romrell, and Kay Romrell, and many nieces and nephews.

A short graveside service will take place at the Midvale Cemetery, 471 West 6 th Avenue (7500 South) at 11:00 am. Friday, Mar. 28, 2014. Thanks to Peggy Hodge Frederickson for helping out the family during the last few weeks.

We will miss you "Sherry Babe."

To order memorial trees or send flowers to the family in memory of Sharon Staufenbeil, please visit our flower store.