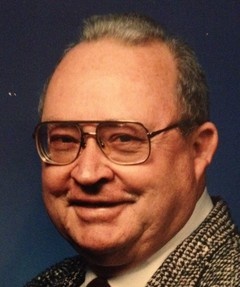 He served as infantryman in the United States Army, in Germany. While he enjoyed playing pinochle in fox holes, he received 2 purple hearts, one at the Battle of the Bulge and one in Germany. In 1949 Stan married Mary Louise Willis in the Logan temple on April 30, then later that year graduated from Utah State University in mathematics, and starting his first job as a high school math teacher in St. Anthony, ID. That was a bit less enjoyable than imagined, so he found a new job in the Salt Lake City post office, and later had the opportunity to work at the Hercules Powder Co. in Magna, as statistician, where he worked for 25 years.

He enjoyed chess and was the Utah State chess champion in 1964, and won many competitions and once had the opportunity to play Bobby Fischer. Fischer was playing 63 people at one time and he beat 60 of them, lost to one person, and tied two people.  Stan was one of the people to get a draw.  He also enjoyed his membership in The Church of Jesus Christ of Latter-Day Saints, and had the opportunity to serve in multiple roles and Bishoprics, and served two missions for the church later in life to Independence, MO and to New York City. But his real passion was his wife and nine children, who he constantly supported and amazed, including into their adult years. He also enjoyed taking his children fishing, hunting and camping, and he attended many sporting events and other spectator events featuring his children and grandchildren (and even some of his great-grandchildren). He also enjoyed traveling to visit relatives. When his second eldest son was in high school, Stan was able to impress with his hurdling expertise. And some have said he was the best marble player ever.

A viewing will be held Friday February 10 from 6-8 pm at The Harman Ward Building at 4634 W Harman Dr (3700 S) in West Valley City. Funeral services will be held Saturday, February 11 at 12 PM at the Harman Ward building with a viewing one hour prior to services 11-11:45 AM.  Following the services, he will be buried at the Memorial Redwood Cemetery next to his dear sweet wife, Mary.  Special thanks to Brighton Hospice and Summit Sr Living for their care.  Online guest book and extended obituary at www.peelfuneralhome.com

To order memorial trees or send flowers to the family in memory of Stanley Hunt, please visit our flower store.