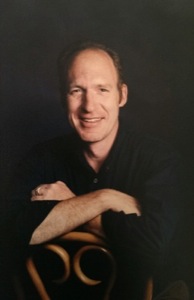 Stephen was born January 3rd 1952 to Eugene and Ada Stephenson Palmer in Cedar City UT who preceded him in death. Stephen was the third of five children and is survived by Larraine (Boyd Snow), Jan (Roger Myers), Carol (Tom Walker), Alan (Sandy) and many nieces and nephews.

He grew up in enjoying the beauty of southern Utah, and was proud of his ancestry; particularly his grandfather who worked with and studied the Indian nations of the area. He loved the outdoors, camping and hiking were particularly important to him. Stephen was an eagle scout and earned many merit badges, the scrapbook he made while in the scouting program is very special to the family. Stephen also had an eye for art even at an early age. His youthful sketches show a maturity for detail, and color an appreciation for form was something he never lost. He was able to express on paper the beauty of nature and the

people he loved in a captivating way.

Stephen attended Southern Utah State College and graduated in 1976 where he earned a B.S. in Zoology, he went on to study at the University of Utah where he earned a B.S. in Chemistry; along with graduate studies in Medical Info. and Biochemistry. He loved to learn and found joy in the pursuit of knowledge. If ever something needed to be built or fixed he was always willing to find out how to do it.
A friend recently said, "He was the smartest man I have ever known". Certainly most who knew him would echo the same sentiment. Before attending college he served a mission for the Church of Jesus Christ of Latter Day Saints, laboring in the Brazil Central Mission in 1971. Stephens's professional life included such companies as ARUP, Unisys, Packard Bell, and most recently at Alorica.

In 1993 he married Y. Camille Montgomery; whom he had known previously when they were both attending SUSC, and became an instant father to her five children; Amanda (Kyle Yost), Matthew (Liz), Monica Shields, Melanie Montgomery, and Michelle (Brian Behrman). Stephen was fiercely loyal to his family and loved us deeply. He was very proud to be the grandfather to 12 grandchildren, and his tender childlike sense of humor endeared him to them as well.

Stephen was exceptionally kind, and had a quiet shy way about him, and would never think to brag about how talented or intelligent he truly was. He loved to play pranks on his family and often shared stories of how he would tease his sisters with spiders. Stephen was a hard worker often volunteering to work holiday shifts. One of Stephens's most memorable attributes was that he was always late; however with his passing for the first time in our lives he has left before us.

We miss you Stephen, we love you, and await the day your gentle loving smile will greet us along with one of your bear hugs

Funeral services to be held on Dec. 14th at the Lakeridge 11th ward Stake Center 7825 W. Sharon Dr. in Magna UT at 2 p.m. with public viewing one hour prior. Condolences may be sent to www.peelfuneralhome.com. In lieu of flowers the family has set up a memorial fund to assist with final expenses. Donations may be made to any Mountain America CC Union FBO Stephen Eugene Palmer Memorial or via paypal palmer@day32.com .

To order memorial trees or send flowers to the family in memory of Stephen Palmer, please visit our flower store.