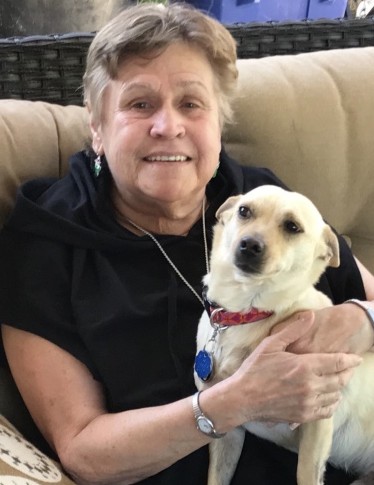 Terry Lucille Bird passed away February 8, 2021 in Kearns, Utah. She was born on December 29, 1948, in Newburgh, New York, and moved to Utah at age 17 when her dad took a job in Salt Lake City. She had her daughter, Toni in 1970; and, in 1981, met and married the love of her life, James. When he retired from Kennecott in the late 1980s, she began working at Harmon's Grocery in West Valley City, but she eventually retired so they could spend his remaining years together camping and exploring the West Desert, a place she grew to love.

After her love passed away, she worked as a crossing guard in West Valley City, a job she loved more than any other. She loved seeing and talking with the children, and even kept notes about their pets' names for fun conversations. She loved dinosaurs and rocks (being an amateur rock hound) and enjoyed talking about them with the children. Terry also loved studying Native American culture and people.

She was preceded in death by her husband, James Bird; father, Harvey Godwin; her dad, Anthony Capitano; her sister, Karla Bradshaw; her son, Mike Bird; and several beloved dogs, as well as grandparents, aunts, uncles, and cousins.

The family would like to express their sincere gratitude to Terry's friends and the family's friends for their help during this time.

Her family also wishes to give special thanks to the doctors and nurses at Huntsman Cancer Institute and Huntsman at Home program for their tireless hours of care and compassion as they helped Terry in her final days.

Terry will be cremated, and a memorial will be scheduled for this summer when family and friends can gather safely in the outdoors that she loved so dearly.

I shall give myself to the desert again,

that I, in it’s golden dust,

may be blown from a barren peak,

If you should desire some news from me, go ask the little horned toad whose home is the dust,

or seek it among the fragrant sage,

or question the mountain juniper,

and, by their silence,

they will truly inform you.

To order memorial trees or send flowers to the family in memory of Terry Bird, please visit our flower store.