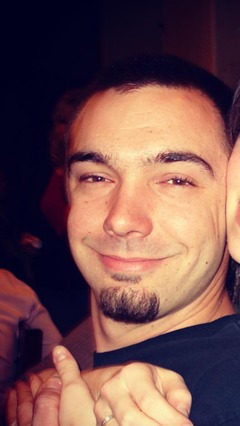 Tyler Saxton had a contagious vitality for living life to its absolute fullest. Speaking for many, he was never one to do anything short of wild and crazy which created an undeniable urge to be by his side whenever the opportunity emerged. As we recall these memories with Tyler, we think of some of the best times in our lives. He never lacked in jokes, funny stories, dull moments, or when things got serious a sturdy shoulder and an open heart.

If we have ever known a free-spirited, fearless, adventure enthusiast, it was Tyler. He was never the teacher’s pet and never had the highest intentions to be one either. However, you could find him perfecting his karate skills as a young boy, BMX tricks as a teenager, and later finding passions for jujitsu, hiking, cooking, rough necking on oil rigs in North Dakota, free diving and spear fishing in Hawaii, riding and camping in the mountains at the cabin in Utah, zip lining, wake boarding, and sticking his toes in the sand at Lake Powell. You could always count on him to show you wrestling moves and challenge you to a fight. And we all know which finger was his favorite, if you were lucky enough for him to take the time to show you. Most importantly, he was the fun in our stories, the light in our days shared, and the laugher that we all still hear today as his legacy of having fun in life lives on.

Tyler was blessed with a very large family consisting of mostly sisters, to keep him in line, and two brothers that he shared a special bond with. He was very prideful in his nieces and nephews. Often times you saw his soft, heartwarming, childish side come out when he spent time with them, admired them, and taught them. Tyler was a family man through and through.

Aside from not being able to pick his family, his friends choose him and may we say you choose wisely. Thank you for being there for him and creating moments in his life that he relived over and over again. He loved telling us stories about all the crazy things he did with you. For those of you who were there for those moments, there are no words for the contentment you gave him in his life.

During Tyler's last days with us, he mentioned he wanted to write a book. A book he wanted to name "The Two Things I've learned In Life," proposed as his life story, which we will let you imagine what those two things were. According to him, the book had to consist mostly of pictures based on his hatred of reading and writing. Thus, as we all reflect on Tyler and the effect he has had on each and every one of us, focusing on celebrating him through memories, little does he know that we are all writing his picture book of life that will now be forever changed. We love you Tyler!

To order memorial trees or send flowers to the family in memory of Tyler Saxton, please visit our flower store.