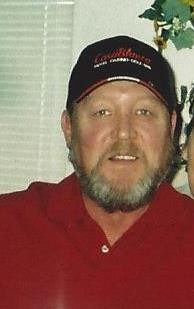 Von Kern Brown Jr. passed away February 11 th in Kearns, Utah. He was born March 23 rd , 1954 in Salt Lake City to Von Kern Brown Sr. and Julia LaPrele Spratley Brown. Kern grew up in Magna, Utah and attended Cyprus High School where he played football. Kern had a successful career with Kennecott Copper Corporation and Jacobsen Construction. He loved to golf and share laughs with his loved ones. In 1977 he married Julie Romano and they became the parents of three daughters. Kern is survived by his three sisters:  Leslie Backman (Bryan), Lyn Tolman (Glen), and Julie Ridge (Douglas). He is also survived by his children: Kaysie Vincent (Ron), Jessica Brown (Candice), and Carly Brown (Casey). His step-children Brittany Brennan (Shane), Dede Aoyama and 7 grandchildren. Preceded in death by his parents, and his wife Jackie Brown.

A celebration of life will be held May 21 st in Magna, Utah.

To order memorial trees or send flowers to the family in memory of Von Brown Jr., please visit our flower store.