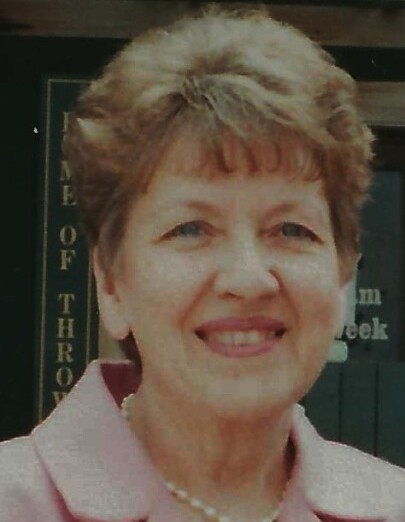 She was born March 29, 1935 to Bruno and Ruth Hanson Sporleder, in Yakima, Washington.

After the passing of her father when she was about five years of age, Wilma and her mother

moved to Salt Lake City, Utah, living her aunts who doted on her.

Wilma attended and graduated from East High School on June 4, of 1953.

Wilma was an active and dedicated member of The Church of Jesus Christ of Latter-day Saints, serving in many capacities.  She was a great example of being a follower of Christ, always reaching out to others and a shining example to all those she knew.  She worked several jobs over the years, but her greatest joy was in her family and service to others.  She loved to sing and harmonize.

On May 13, 1996 she married Laurence R. Potts in the Salt Lake Temple.  Together they served two missions, Rochester, New York and Moscow, Russia.  They enjoyed traveling together and shared a great love for one another.

The family wants to thank the Legacy House Cottage personnel for their exceptional service and patience while caring for Wilma during her difficult days.

Due to Covid-19 (Coronavirus), a family service was held graveside at the Pleasant Grove Cemetery.

To order memorial trees or send flowers to the family in memory of Wilma Potts, please visit our flower store.